The effective handling of Covid-19 pandemic by the Kerala Government has received a big endorsement in international media with the latest being a report in Washington post which suggests that the state’s success could prove instructive to the entire country.

The Washington post quoted Kerala Health Minister Smt  K K Shailaja as saying “We hoped for the best but planned for the worst. Now, the curve has flattened, but we cannot predict what will happen next week.”

The Minister said six states had reached out to Kerala for advice. She, however, noted that it might not be easy to replicate Kerala’s lessons elsewhere.

The report, “Aggressive testing, contact tracing, cooked meals: How the Indian state Kerala flattened its coronacurve”, said experts are of the view that Kerala’s proactive steps like early detection and broad social support measures could prove as a model for the rest of the country.

It quoted Henk Bekedam, the World Health Organization’s representative in India, as noting that  Kerala’s  effective handling of the situation was the result of  “prompt response” to the crisis as it started unfolding  and  its past “experience and investment” in emergency preparedness.

The WHO official pointed to measures such as district monitoring, risk communication and community engagement as effective interventions that helped meet the challenge.

The report noted that by the first week of April Kerala had conducted more than 13,000 tests, accounting for 10 per cent of all tests done in the country.

It also noted decisions such as delivery of uncooked lunches to school children, liaising with service providers , increasing of internet capacity at homes and disbursement of welfare pensions in advances as measures that help ease the situation.

The report noted that it was not an easy job for the state to put in place the required measures, given its international exposure and robust tourism activity. 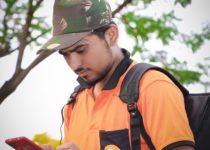