Thiruvananthapuram, Oct 25: In a first by a tourism board in the country, Kerala Tourism has chosen the virtual world to launch its path-breaking new Great Backwaters campaign.

Ahead of the traditional media, the Great Backwaters campaign to unveil the state’s majestic backwaters as a single destination and a once-in-a-lifetime experience like the Great Wall of China or the Grand

Canyon of the United States was launched on the Twitter on October 21.

The fans of Kerala Tourism on Twitter (@KeralaTourism) have already welcomed the campaign’s launch by enthusiastically tweeting with the hashtag #GreatBackwaters in large numbers.

Kerala Tourism is a pioneer in using the innovative means of technology to promote its destinations. The Kerala Tourism website (www.keralatourism.org), which has won several national and international awards, is considered one of the best tourism websites in the world. The department’s Twitter and Facebook accounts are followed by tens of thousands of fans around the world.

“It is a tribute to the millions of travellers across the world who embrace technology everyday in knowing about and visiting their favourite destinations,” said Kerala Tourism Secretary Shri Suman Billa, referring to the launch of the Great Backwaters campaign on Twitter.

Kerala Tourism has set up a separate micro-site (www.greatbackwaters.com), in which a frontline image of the campaign is hidden. The image from the aerial photography of the backwaters under the campaign is revealed bit by bit with each tweet on hashtag #GreatBackwaters. The entire image will be revealed once a considerable number of tweets with the hashtag appears.

Kerala Tourism is offering souvenirs of the state as prizes to two winners from the tweets every day.

“The Great Backwaters campaign is a product of the use of cutting edge technology. The campaign has used technology, which has never been attempted in Kerala or in the country before for promoting a destination,” said Shri Billa.

The aerial photography of the Great Backwaters campaign was conducted by an international team of experts led by Mr Ville MJ Hyvönen from Finland. The campaign was conceptualized and designed by Stark Communications, the creative agency that handles Kerala Tourism’s communication and marketing. Remote controlled, helicopter-mounted cameras were used in the shooting of the backwaters from above.

“Kerala Tourism has always been in the forefront in digitally promoting destinations in the state through new and innovative technology,” said Kerala Tourism Director Shri S Harikishore. “The launch of the Great Backwaters campaign on the social media before any other medium is yet another demonstration of our commitment to connect with the fans of God’s Own Country wherever they are,” Shri Harikishore added.

During the last monsoon, Kerala Tourism had launched a gesture-controlled website (http://when-it-rains.com/) showing images of rains captured by the department’s Facebook fans to showcase the

imagery of the monsoon season. Earlier, Kerala Tourism had become the first tourism board in the state to webcast a cultural event (Theyyam performance) live for audiences around the world.

The best backwater profile of boards not exceeding 10 photos will earn a free holiday in Kerala for its creator.

The Great Backwaters campaign’s launch on Twitter will be followed by its release in the traditional media both nationally and internationally during the month-end. 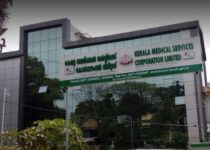