Kochi, Nov 27: The Government of India is set to come out with a commemorative coin and a stamp on the occasion of the Coir Board’s diamond jubilee, according to the Chairman of the statutory board, Prof G Balachandran.

The coin will be released at a function in Kerala in February 2014, he said in Delhi where the Coir Board is celebrating its 60th year.

The Union Finance Ministry has approved the Kochi-headquartered Board’s proposal for a coin. “Minister P Chidambaram has agreed to it. We have sent the authorities our sample design. Now there could be alterations; we are waiting for them,” Prof Balachandran revealed.

Also, work is on with the Department of Post and Telegraph for a commemorative stamp, he added, pointing out that both the endeavours are a mark of salute to the pro-poor coir industry which has a 154-year-old history in India.

The Coir Board is a statutory body that functions under the Union Ministry for Micro, Small and Medium Enterprises. 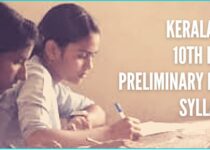